The last few weeks have been a bit of a whirlwind.  First of all, we had an intern named Sara with us for a number of weeks. She helped Kathy in the office and she helped us with the teaching of the Bible lessons. She was a natural, and the kids would ask for her if she was not there.  Being with the children was her favorite place to be. Sara was a bit of a free spirit. One time after church on a Sunday morning, she went for the afternoon with one our Canadian friends who attends that church.  They went down town and even rode a chicken bus!  She was told just to look like you know what you are doing. She is a lot more brave than I am. She wasn’t afraid to drive here either and that is something I have yet to tackle, except for twice during Semana Santa.  But she is the kind of girl that is always up for an adventure. She is definitely not afraid to try new things. And she loved the Honduran food!  I do hope she comes back. We had a lot of laughs with her and I love her adventurous side! 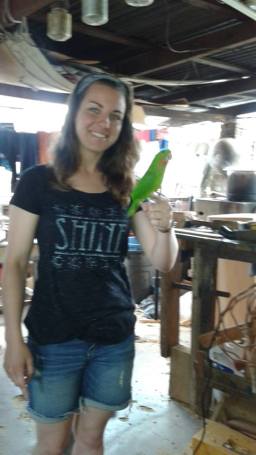 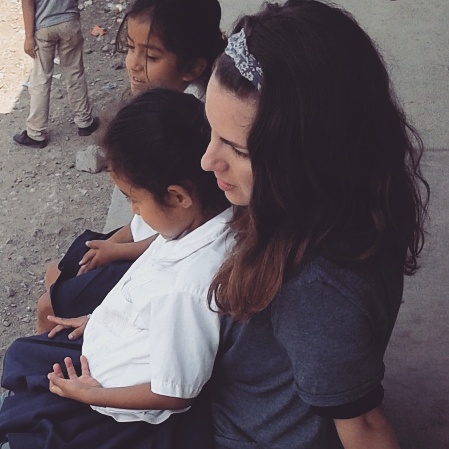 We also had a couple from BC come down for a visit for ten days.  Mike and Trish Evans. They are awesome! They were a huge help with us as we moved to a new team house during their time here. Whether it was organizing the kitchen or putting bunk beds together . They were a huge asset. One of my favorite memories was when we were at Jose Cecilio school and Mike had an assembly line of children lined up, throwing them high up in the air, one by one.

One night we had them over for dinner and afterwards we played phase ten. It was so much fun, I said they may have converted me to being a games person after all. It had been a long time since I laughed that hard. We loved having them here.

As mentioned above, we did move out of our former office/team house. We had kind of outgrown the last one and were finding with recent teams that we were very crowded.  Especially if it rained, and we all had to be crammed into the dining room.  The new team house is larger and brighter and has an covered outdoor area, where if it rains, we can still be outside.  The great thing is that it is almost the same price as the former team house. We had a lot of good memories in that place and it was lovely and served us well during our time there, but we really had outgrown it. It is wonderful to be starting over in a new space.

Another highlight this month was seeing two of our staff members get married. Long time sweethearts ,Claudia and Edwin. Claudia teaches all of our kinder classes and helps teach the grade 5 students the semillitas course.  Edwin is an assistant to the Bible teachers in 6 of the schools we are in. Both of them are amazing! They both love the Lord and have servant hearts. 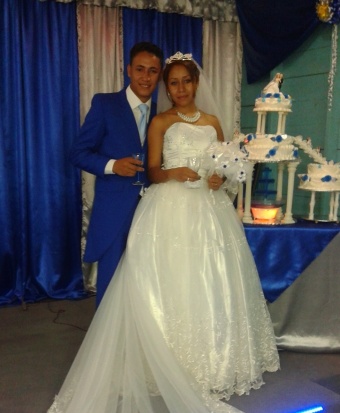 Last week, our oldest child Jacob graduated high school. I can scarcely believe it.  He did it! There were times when he was younger that I truly wondered if we would ever see the day, but we did and Dale and I could not be prouder of him. He is a fine young man and we are proud of the young man he has become. One thing here that is different from Canada is that graduations are very formal. I had to go out and purchase a floor length gown to walk Jacob down the aisle and Dale needed a suit. 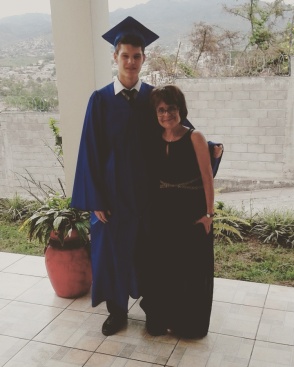 Also last week our other two teens Ben and Elisa attended MK ( missionary Kid) youth camp which was held about forty minutes outside the city. For almost a week they were there with their peers. It was an amazing time for them, and honestly so needed . It was a chance to get away with people their own age, catch up with old friends, make new friends. It was a time to be real about what it is like to be an MK. They could be honest about their challenge and struggles. Like what it is like to be a part of two cultures and yet not fit in to either. I asked them what the highlight of MK camp was and Elisa it was practicing the skits. Apparently they were hilarious! Bens’ was dodgeball. “ I took out 4 people in the span of ten seconds!”

Breanne Pierce is back with us for a month this time before she heads of to El Salvador for a year.  She was asked to lead the worship at MK camp. She gladly accepted. From all that I have heard, she did amazing. I don’t know how many of the young people came up to Breanne when we were picking the kid up from camp to tell her how much they really enjoyed the worship.

One thing I will say….that a house without the presence of  Ben, Elisa and Breanne is a quiet house. And one day a little more than three years from now, Dale and I are going to wake up to a very quiet house because all  the kids will have graduated and moved back to Canada. Not so sure I am looking forward to that. Time goes fast. Everything changes and all things become new.

There are days here that don’t always go as planned. In reality probably more often than not, plans change.  And you may as well just roll with it because there is nothing that can be done about it. It may be due unexpected delays in traffic due to an accident or protest that has traffic backed up for miles. Perhaps people don’t show up when they are supposed to or in the case of yesterday, classes are dismissed early for a special assembly.  Yet, albeit plans changed, it was a good day.  We arrived at the school to teach our classes.  We knew it was some sort of special day because most of the children were either wearing green, were dressed up like an animal or butterfly or in a beautiful gown like a princess.  We taught two classes.  I even told half of the story in each class in Spanish.  It’s something I have recently committed to doing. I figure the only way I am ever truly going to learn this language is to use it, so I have been trying.  Práctica, Práctica, Práctica. Anyway, we were not quite done our second class when we realized there were a lot of children outside the classrooms and it was not recess. Classes had been dismissed for a special assembly for environmental day. It was not something we had known about, but it ended up being such a fun day!

We watched as various projects the children brought out were voted on, by applause. The children made different items using recycled items. One was a curtain made from a dowel rod, cd’s and beads. I loved it. There was a stool made from 3L pop bottles, a water truck that actually squirted water, a toy unicycle. So much creativity.

The girls that were dressed in the beautiful gowns had a contest where they crown the reina de las flores…Queen of the flowers. Again, the winner was crowned according to the applause. All of the girls were so beautiful. I am sure for a day they felt like a princess.

This beautiful girl was one of them. She is truly an inspiration to me. You see, she is in first grade.  She used to live with her grandmother.  Instead of having the right to go to school, she was required to work with her grandma in the market. Now, for whatever reason, her living situation has changed and it’s her turn to go to school. I almost bawled when she crossed the stage in her beautiful gown and the entire student body cheered.  I hope she perseveres at continuing her education.

And then there is this sweet pea…We first began seeing her when we would go to Pastor Victor’s church. She would stand at the door of her little wooden shack with her siblings and wave and say “I love you!” In English.  Sometimes they are standing there in their underpants, and sometimes they are not wearing any clothes.  It’s cute and sad at the same time.  I don’t know her entire story but what I do know breaks my heart. I’ve shed tears over what I do know.. I love her dearly.  She has a special place in my heart. I hope and that one day she comes to know the depths of love her heavenly father has for her…

Later on in the evening, I was lounging around in my Captain America pjs when Elisa told me that my neighbour was here to see me.  He is an extremely talented artist and last week, I had asked him if he could draw Reuben, our beloved dog that passed suddenly last August.  Anyway, he was at the door and he presented me with what he had done. I almost cried. Before Reuben died, the only photos we had of him were on facebook and so this drawing is a precious memoir of a dog who was dearly loved and gone too soon.

Yesterday was a good day…