This afternoon we are going to an American Thanksgiving here in the city with about 80 other missionaries. I realize it is not Canadian Thanksgiving…but despite the somewhat rough year this has been, we still have much to be thankful for.

Here are a few things that come to mind that I am thankful for, or in some cases, looking forward to.

I am thankful that I was able to attend WOP this year. This is the Women of purpose retreat, where men and women come from the States to host a time away for the missionary women. They sacrifice a lot to come here, leaving behind their families and jobs to pour blessings into the lives of women here. It’s a time of encouraging where words of life are spoken to some who just may feel like giving up. Those who attend walk away feeling refreshed, renewed, valued and loved, that they are not insignificant or invisble. They are not alone. The worship is amazing, as is the teaching. And there is chocolate! Everything was so planned out and so lavish. A great time of blessing. I can’t adequately put it into words. 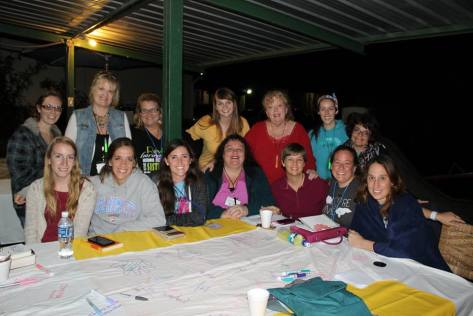 I am thankful for the expansion happening in the ministry in the new year. Ten new schools in the area! I’m thankful for the men that God has brought into our lives at the right time. Men that love the Lord and have a passion for teaching children the Word of God. For Corina as well. She will be teaching the kinders. It amazes me how it has all fallen into place. That God has blown the doors wide open!

I am thankful that January we will have a couple weeks to focus on our Spanish. Dale and I along with Kathy will be taking an Español intesivo course Monday to Friday. Believe me, this is so needed. Not being fluent and just getting by isn’t cutting it. I so long to be able to communicate better and be able to minister on a heart level…not struggle to be understood and understand. I realize that a two week course is not going to make us fluent, but it will improve what we do know significantly.

I am thankful for the upcoming missionary retreat put on by our sending agency; the PAOC. It is for all the missionaries serving in latin America. This year it will be in Florida .How great it will be to see and connect with other missionaries we have not seen in a long time. Some of them we will be meeting in person for the first time. Dale is looking forward to going to Cracker Barrel for the food. I am looking forward to possibly buying a Gooseberry Patch cookbook from their store. I used to have a few but I sold them before moving down here.

I am thankful for the ladies Bible study I have been attending. I recently switched to a new study here in the city and I am enjoying it. We are doing the Psalms of Ascent by Beth Moore and it´s really good. A couple times I have gone out for lunch with the ladies afterwords, and that has been good for me to get out and socialize a little. It’s helped with the loneliness that sometimes comes. I can’t afford to do that every week, but I will when I can because I really enjoy it.

I am thankful for Abby. As you know our sweet Reuben died suddenly this year, and it was a really, really hard time of grieving for our family. Abby has not replaced Reuben. We still miss him. But she has brought some of the joy back to our house and helped to ease the heartache. Also, while she has not learned any tricks., ( Reuben was a quick learner) she has not destroyed any of her toys, chewed anyone’s underwear, or toothbrushes)

I have written about this before, but I am  thankful to live across from a community that I am safe to walk in. I talk to God a lot on my walks. I love talking to the neighbours there. Many of them I have come to know because of their dogs! I love it that the boss of the watchmen sits at the gate reading his Bible outloud and the other guards listen. I love having a mountainous view when I walk.

I am thankful for answered prayers! I can’t go into that one a whole lot right now, but God is moving in my family. I love being able to stroke answered prayer off my prayer list!

Today is Friday. The day that we, as a staff of Schools of Hope meet together for a time of worship, prayer and a short devotional. It’s a time where we share our highs and lows of each week and talk about other important things on the agenda.

Once again, we prayed for our young friend battling cancer for the second time. I posted on Facebook one week ago how the hospital he is in would not allow us past the gates. And how we tried! We were persistant, but in the end, we were adamantly turned away. There was no cracking those guards. Stubborn, they were. It was a real blow. We left feeling discouraged and defeated. We so longed to visit with him, and pray with him, and give him the gift we brought for him. But no. It was just not possible.

This morning, however…Melissa told us that she would be able to get us in. No question about it. I have to be honest; when she told us that, my faith was small. My doubts were huge. I thought to myself, “ there is no way. It is imposible..it’s not going to happen”. I was remembering how things went last week, when we wanted to visit with him, but were left looking at the closed gate that they would not open for us. The thing is…Melissa’s dad happens to be a lawyer for the hospital. And when we got to that same gate today, only a week later, Melissa was with us. She spoke with the young guard firmly, that she was here to see the legal department. She kind of looked angry when she said it, and they let us pass. All three of us! I could not believe it! No questions asked at all. We passed through and they did not even check or scan my bag, or ask for identification!

After we were inside the gate, we went into the hospital and walked to her dad’s office and met him for the first time. We informed him of our situation and he told us that where this child was, was a restricted Access area. He did not know if they would let us see him or not. However, he said he would go with us and perhaps they would allow us to enter. And they did! Honestly, it was a piece of cake …..so to speak.

Not long after we were in the oncology ward, a very pretty young lady came over to chat with us. She was smiling and welcoming us. Turns out this was our young friend’s mom! She was so pleased that we came to visit her son. And she was also shocked that we were allowed to pass the front gates.

Before we saw him, we had to put on hospital gowns. We passed by a few other beds with very young children with cancer. Children even younger than our friend. It was heartbreaking that kids so young have to deal with something so horrible . All of the children had their moms at their bedside. I can’t imagine having to deal with your child having cancer. How scary that must be. The worry and the helplessness they must feel. The fear of the unknown, of what is going to happen. Is my child going to die?

The room all the beds are in is surprisingly nice. It’s clean and bright and cheery with murals of rainbows and flowers painted as a border.

And then we saw him. His whole face lit up with the biggest smile when he saw us! He’s lost all of his hair…but you know what? It looks like he just got a brush cut.. I thought he looked pretty good, considering. He was working on a jigsaw puzzle. I was glad to see he had something to do, because we heard he was pretty board. He wants to be in school!

We were not able to take any photos though, due to privacy issues.

We talked to him and his mom for a short while. Then we joined hands in a circle and prayed with them both. He just would not stop smiling. We also told him, that in every class we taught bible in the week before that we remembered to pray for him. “Really?” he asked. I think it made him happy. Apparently, his blood pressure has been too high so he has not been able to continue with his treatment. His treatments were lined up in little baggies behind him…all set to go once his levels come down. There are nine of them that he has yet to take. So, I don’t know what that means exactly for in terms of how long he will be in there. I guess it’s quite possible that he will be in there for a while yet.  He seems to have a positive attitude and he was in good spirits today, despite the boredom he is feeling. Please continue to keep him in your prayers, that God will heal him and he will beat this thing. He just wants to go home and eat his moms good cooking! The hospital food is not good, he said.

When we were leaving the ward, Melissa stopped to talk to a lady working there. Then she told us that we have an open invitation to come and do a children´s program there anytime for ALL the children in the cancer ward. I don’t know when this would happen…but it is possible in the new year before school starts up again and we get busy with our bible classes..….but still…it’s an open door! Can you imagine!? What an incredible opportunity to minister to children. Children who are sick and broken, stuck in a lonely hospital, with no place to go, a place where visitors are few. The chance to bring a little joy, and to be able to share the light of Jesus to these precious wee ones, just amazes me!  It sounds silly, but it truly makes me feel like crying!  To think that just the week before we could not even get past the gates. It was impossible. Now we are welcome back at any time! God is so good. Only He could orchestrate such a turn of events! God is moving and blowing the doors wide open! I can only be amazed! 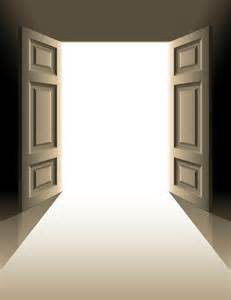